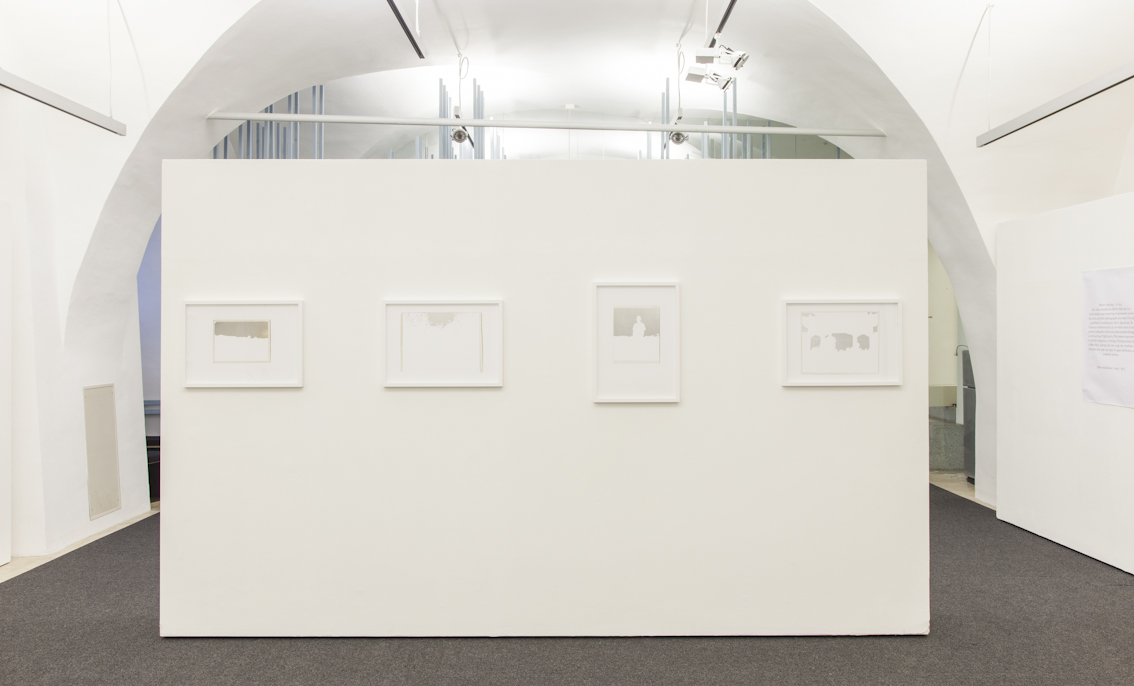 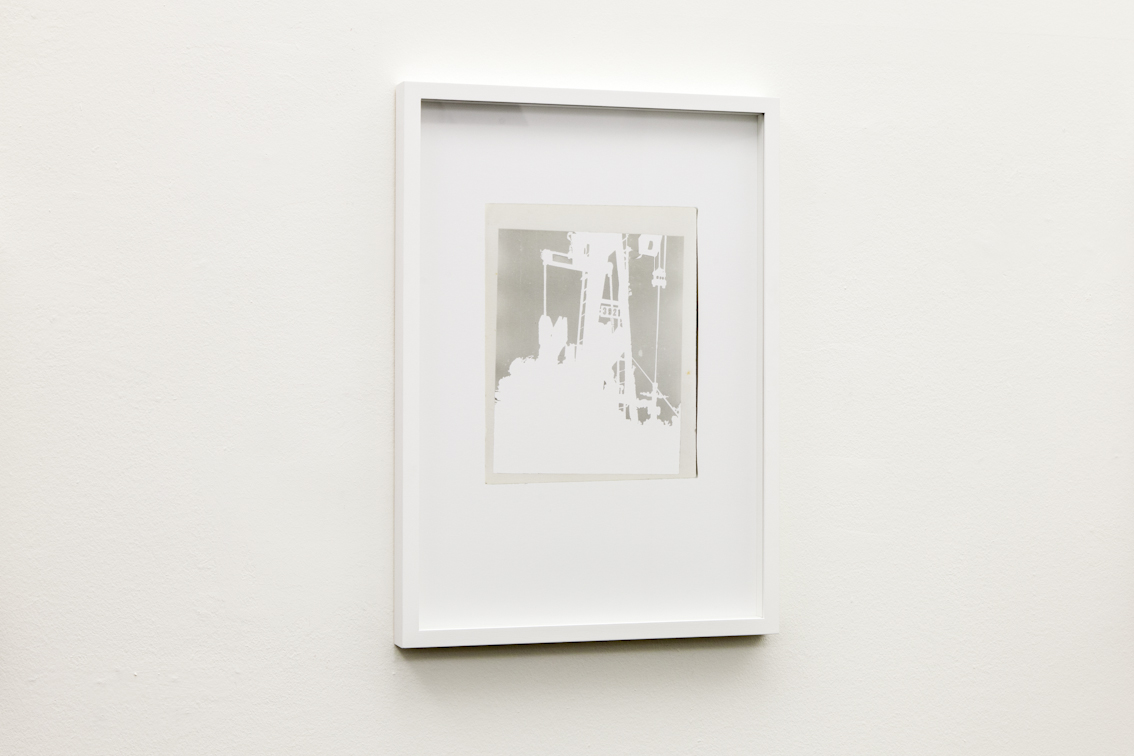 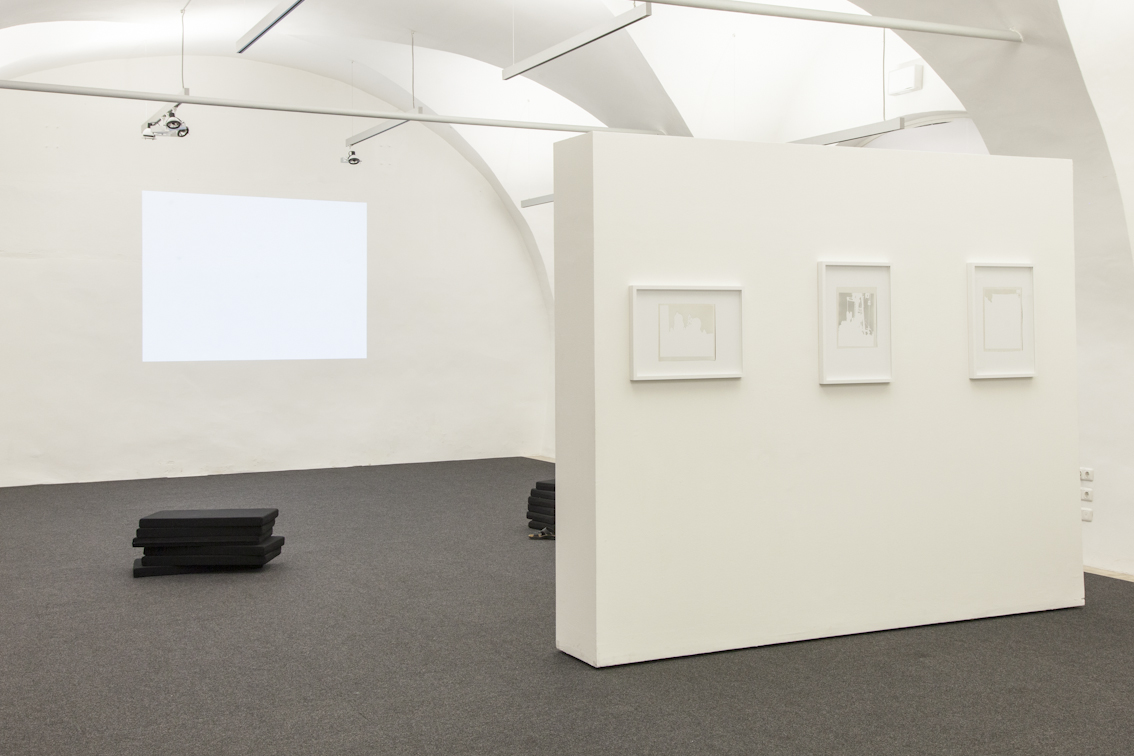 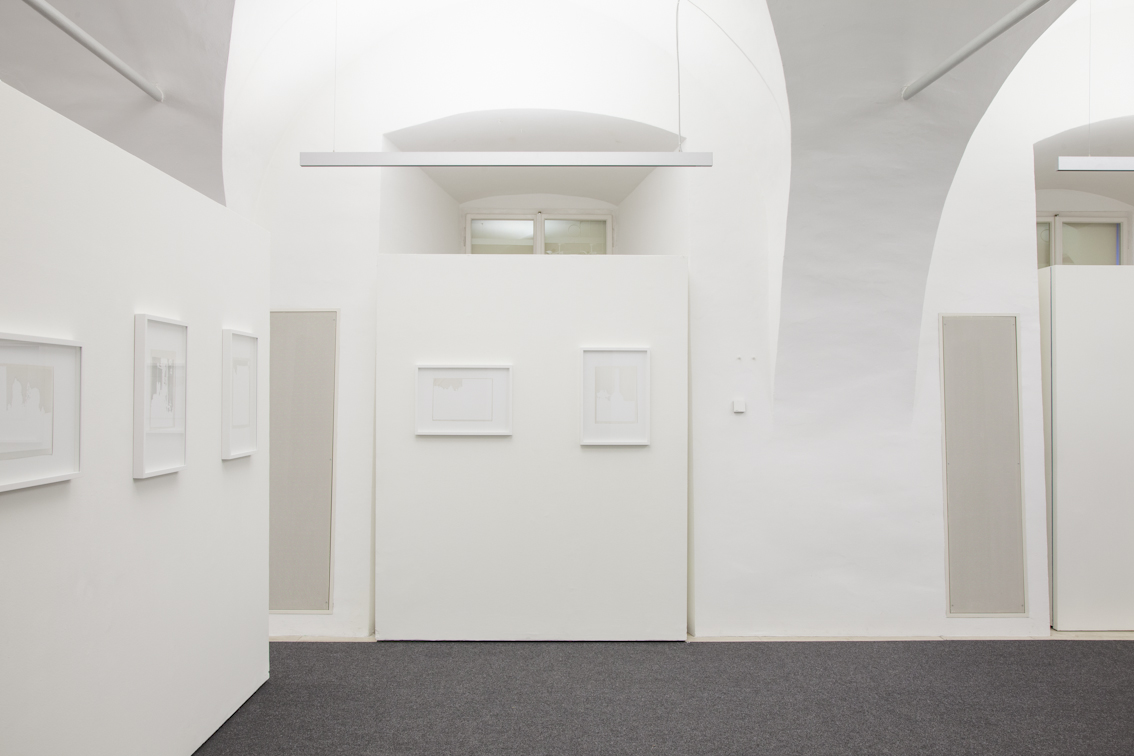 In the second part of his installation, Qu reveals the source material for his video work.
Vintage photographs taken in various Chinese provinces during Mao’s Communist reign from 50s -70s of the 20th century.
In digitally removing everything but the background skies in the photographs, Qu leaves it to the bare silhouettes to suggest the photographs subject:
His late grandfather, whose absence can be deeply felt, as his recurring ghostly outlines shine out amongst the greys.